Eight St John’s College students have been awarded more than $100,000 worth of university scholarships between them.

But for one student, in particular, it has meant he will become the first in his family to attend university.

He intends to study first-year health science at Otago University, before choosing what career path he would like to embark on. “I’m open-minded to what suits me.”

He says he chose Otago University after visiting the campus in the school holidays. “I really liked the campus and the feel of it over there.”

Being the first in his family is not lost on him, and is something he is proud of.

“There are more opportunities to actually go out and take your studies further and university has become more of an option,” he said.

“I’m just really grateful because not a lot of people can get it and to have two people from one school get it is pretty cool.”

Fellow Year 13 Bede Powell was also awarded the Otago University scholarship valued at $35,000 with which he plans to study a Bachelor of Arts and Science (BASc). 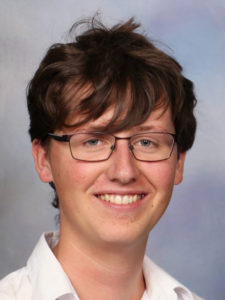 The prestigious scholarships are for three years and go towards accommodation.

The boys applied for the scholarships online and had to write about their relevant successes in the different categories including leadership, sports, cultural and academic.

Bede says it takes off the “financial pressure” associated with university.

“It’s less of a worry and it means we are now able to focus on what’s important.”

Alan says it is a “weight off” both him and his family’s shoulders.

Excellence worth $5000, and Caden Mouat-Harvey the Totoweka Scholarship also worth $5000.

“The students that have won scholarships clearly consistently work hard throughout the year but they are also high achievers in all aspects of school life.