The New Zealand National Commission of UNESCO (United Nations Educational, Scientific and Cultural Organisation)  has awarded the college $3000 to recognise national excellence in both its programmes.

And, for the first time, the college has also been invited to participate in the GCED  - Ideas Exchange to be held in Wellington on August 20 and streamed live to a national audience.

The Commission has sought to highlight the St. John’s Social Enterprise model as expressed in projects such as GEORGE (2018/19), Environ-Crete (2019/2020), and PEAR (2020); and Project Work as represented in the BRUTHAS scheme, The Policy Lighthouse and the National Poverty Index. 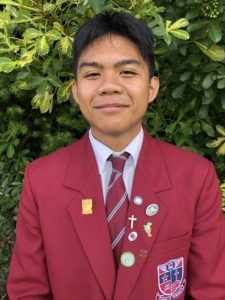 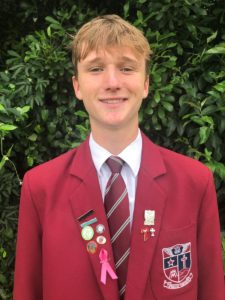 will represent the college at the event next month which will allow the St. John’s College story to be shared.

Mr Ivory said the Year 13 students have been heavily involved in both Social Enterprise and Special Project work throughout their journey at St John’s.

“Both students are College leaders and can clearly express the extraordinary story of St. John’s College.”

Through the Young Vinnies club, they are involved in the internship programme with WiT and Fred is a Director of PEAR - a low-cost ventilator using pieces of wood, lego and a power drill.

Both students say they were “overjoyed” to be able to represent the school, and believe it is affirmation they are on the right track.

“I was quite proud of Josh and me because we have worked pretty hard this year on our specific projects and pretty overjoyed that we were the ones the school selected as well.

Fred says it is an “honour” to be part of the groups he is, as he is passionate not only about helping others but making a difference. “I feel like doing something bigger than myself and helping out with these kinds of projects is eye-opening for me and helps me stay grounded in this world."

While Josh is not directly involved with the projects, he has always supported his peers. “I’ve always been proud of them and I was really surprised to be able to represent them.”

Student participation at St. John’s is undertaken on an extra-curricular basis and open to all.

Last year some students had the opportunity to share their work in  Buenos Aires, Bangkok.

A team of social enterprise students were destined for the World Trade Expo in Dubai this year which has now been put on hold due to Covid-19.